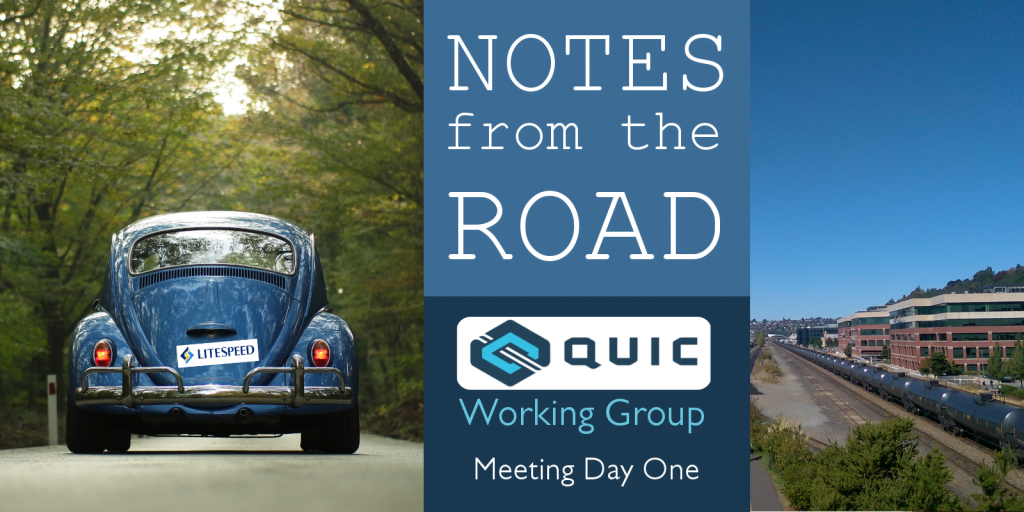 Today, October 3rd, was the interop day, allocated for the different IETF QUIC implementations to test interoperability: that is, whether they can talk to each other using the QUIC protocol. …But let me take a step back and start at the beginning.

I came to the IETF QUIC Working Group (WG) Interim Meeting in Seattle, WA to participate in discussions to iron out the details of the IETF version of the QUIC protocol, which is to become the standard. The drafts under consideration — QUIC Transport, HTTP over QUIC, QUIC Crypto, and the two compression proposals to replace HPACK — QPACK and QCRAM — differ significantly from the current QUIC specifications. Or, rather, the current gQUIC specifications (let’s be precise!) — g is for Google. QUIC has evolved from being simply a transport to better support SPDY to being a generic transport protocol — the next transport protocol for the Internet.

That sounds somewhat grandiose, but if anyone can pull it off, this group of people can. The interest in QUIC is growing, as evidenced by the attendees: F5 Networks (the conference host); Akamai; Apple; AT&T; Facebook; Google; Microsoft; and several smaller organizations, among which I certainly count ourselves, LiteSpeed Technologies. 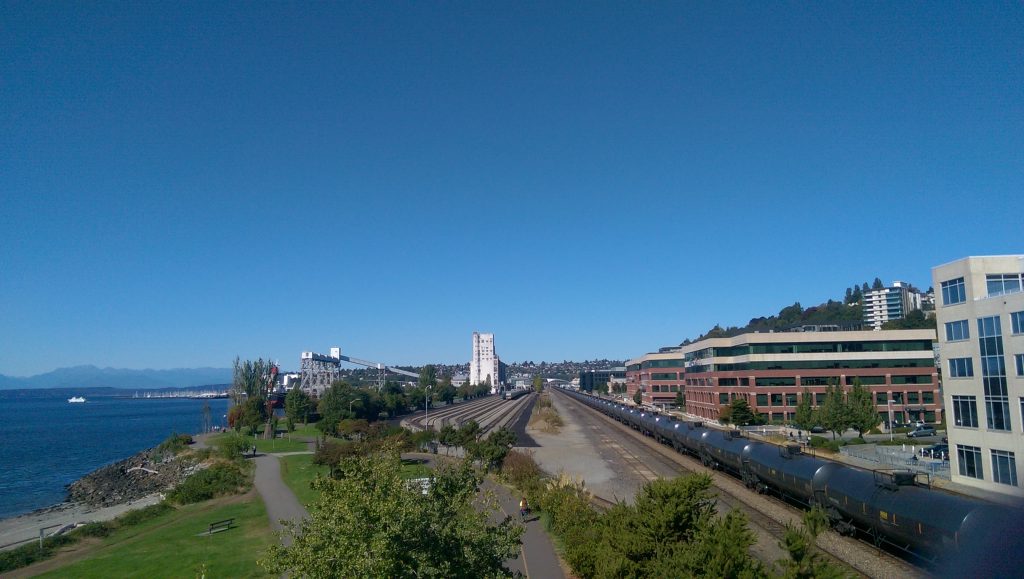 Our own LiteSpeed QUIC does not yet support IETF QUIC. Hence, I spent my time building and reading other projects. There are already a few, to borrow a term, inchoate IETF QUIC implementations, and that is very good.

It was great to meet, and talk shop with, Marten Seemann (he of the quic-go project) and Jana Iyengar (Chromium), whose code I’ve studied and used to test our own code. I also met Eric Rescorla, whose SSL book I first read fifteen years ago. (If you did programming fifteen years ago, you’ve read his book). I haven’t caught the names of all the people in attendance, but I hope to rectify that over the next two days, when the protocol is to be debated.

Now it is getting late and it is time to turn down for the night. Perhaps I will re-read a few pages of the new drafts before shutting my eyes. I will dream of QUIC.

P. S. For lunch, a few of us went across the street to get Thai food from a food truck! Of course, it tasted like one would expect food truck Thai food to taste. You can’t win them all.