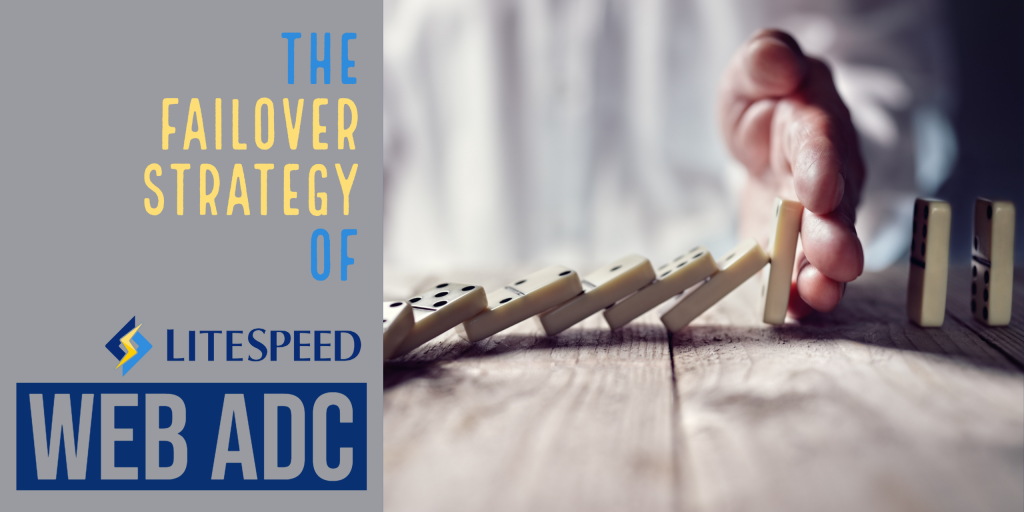 LiteSpeed Web ADC is a high-performing HTTP load balancer and application delivery controller. Load balancing optimizes response time by efficiently distributing incoming traffic across a cluster of backend servers. There are a variety of strategies that can be used to determine the optimal server for a task’s delegation, including Web ADC’s new strategy: Failover.

LiteSpeed Web ADC provides five load-balancing strategies to choose from. These algorithms define how the backend servers should be used by the ADC when distributing requests.

The first four of these, you may already be familiar with:

And the new strategy:

Let’s talk more about the new Failover strategy. You assign priorities to each backend server, and the Failover algorithm chooses the one with the highest priority. If that node becomes unhealthy, the node with the next highest priority is selected. Once the higher-priority node recovers, it is put back into rotation with its original priority restored.

It’s worth noting that this load balancing strategy is not really about balance at all. In Web ADC’s other four strategies, the idea is to share the load among all backend servers in a way that does not overwhelm any one of them.

But Failover is not about sharing the load. It is about making sure there are fallbacks in place to keep data highly available.

Let’s compare the Failover strategy with Round Robin, to see how requests are distributed under normal circumstances, and in the situation where a server fails.

We have three backend servers:

Here’s how the Round Robin and Failover strategies would distribute six requests (1,2,3,4,5,6), each from a unique IP:

What if Server A went down, was unavailable for the fourth request, and did not recover?

What if Server A failed on the fourth request, but had recovered in time for the sixth? 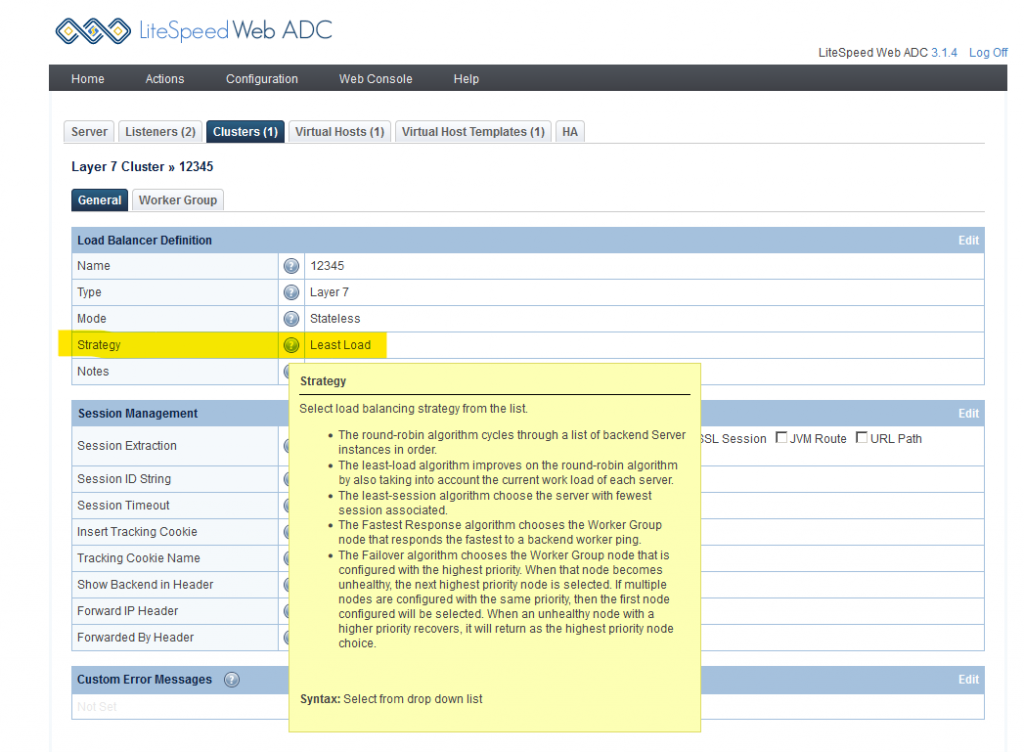 In LiteSpeed Web ADC’s WebAdmin Console, navigate to Clusters, and Edit the cluster you want to change. Then, in the General tab, click Edit and select your desired Strategy from the drop-down list. Save your changes, and restart Web ADC.

NOTE: Strategy configuration is available for ZeroConf, but it is not yet possible to specify a priority per backend server. We’re planning to add this functionality, though, and we’ll let you know when it’s ready!

Different organizations have their own uses and requirements for having a proxy like Web ADC in front of their application servers. Maybe the backend is very heavy (like for a Magento store), or the site is exceptionally busy. In both of these cases, multiple backends help support the load and keep the site available.

Web ADC’s new Failover algorithm provides confidence for you, and uninterrupted service for your visitors. In the event of primary backend server failure, Web ADC delivers requests seamlessly to the other servers, and keeps your data highly available.

Don’t have LiteSpeed Web ADC yet? Then try it for free!