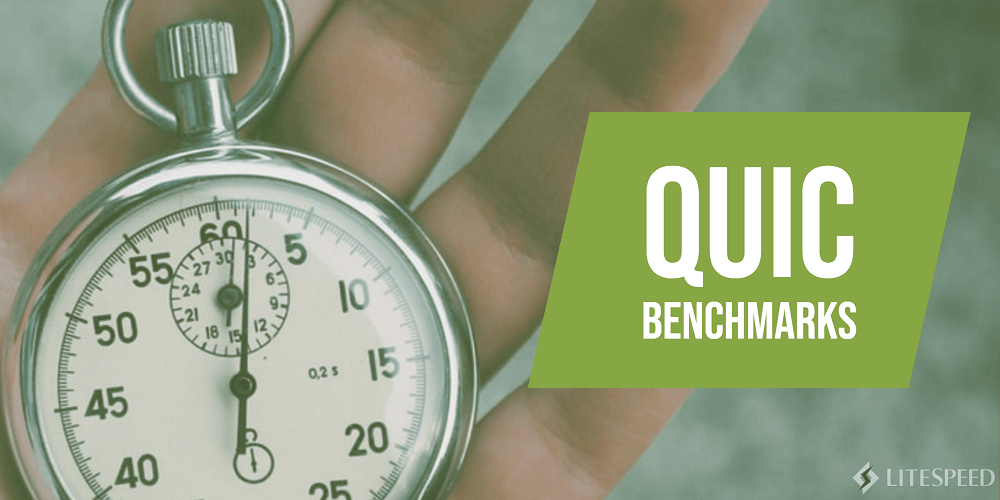 As we develop our own IETF QUIC implementation, we are focused on protocol correctness and robust performance. To get a better idea of the extent of our implementation comparative performance, we decided to benchmark it against other publicly available implementations.

We have designed a flexible QUIC benchmarking program and included a testing script for easy test automation. This open-source program is available in the lsquic repository on Github. It has the ability to request an array of files over many concurrent connections using many concurrent streams. This flexibility makes it an essential tool for understanding the performance of a QUIC implementation.

We used this program and testing script to run a series of benchmark tests to understand the strengths and weaknesses of our own QUIC implementation, as well as other publicly available implementations. The benchmarking tests are meant to push servers to their limit and simulate realistic QUIC traffic. They range from requesting many small files to requesting a few large files.

The benchmark tests follow the client-server model and take place on a private network with a 10G link between the two testing machines. The client testing program used is the http_client sample client distributed with the lsquic-client repository.

The server types tested in this experiment are lsws, proto-quic, caddy, and quic-go. Not all server types will be included in each test.

The dependent variables in this benchmark are client time, client CPU usage, server CPU usage, and in some tests, packets received on client machine.

The testing script runs five trials and calculates the average client time as well as the standard deviation across trials. Using the Linux top(1) command, the tester manually monitors client and server CPU usage and reports an average value, rounded to the nearest factor of 5.

Round 1: Many Small Requests

With the first test in this series of benchmarks, looked at how each server would handle a high number of small requests. A single test client would open one hundred concurrent connections, with a maximum of ten concurrent request streams. The client would make one million requests; each request was for a 630-byte file.

A single test client opens ten concurrent connections, with a maximum of ten concurrent request streams. The client makes four hundred requests; each request is for a 10-megabyte file.

Learn more about the LiteSpeed’s lsquic implementation in the Github repository.