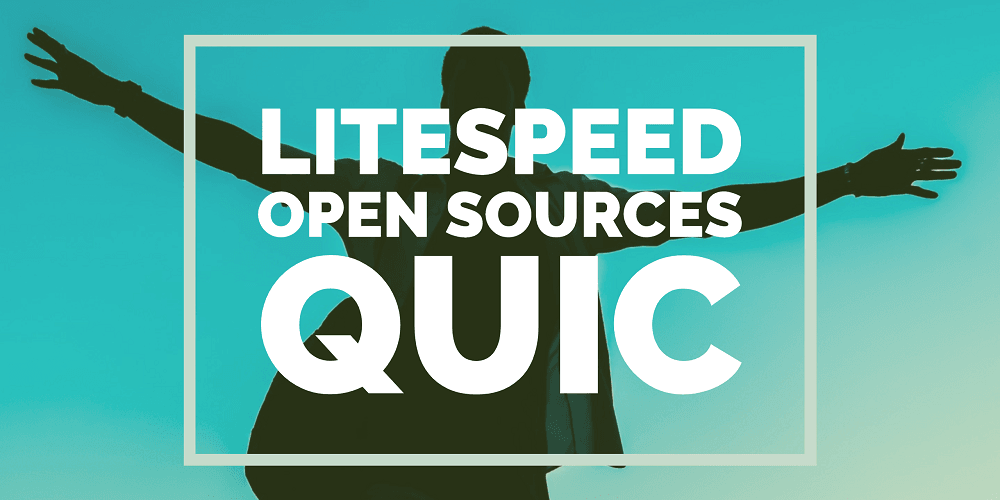 LiteSpeed Technologies is releasing its QUIC and HTTP/3 library under an open-source license. This library, written in the C programming language, contains both client and server logic as well as fully functional example client and server programs to get you started. This is the same code that is used in our flagship LiteSpeed Web Server and LiteSpeed Web ADC products and in the open-source OpenLiteSpeed (OLS) web server.

The following QUIC and HTTP/3 versions are currently supported:

Q039, Q043, and Q046 are versions of the Google QUIC protocol. Q046 is used by the current version of Chrome (Chrome 76). h3-22 is the experimental precursor to HTTP/3, the next-generation HTTP protocol. We will update the library as new gQUIC and HTTP/3 versions are released.

This library subsumes the LiteSpeed QUIC Client Library which we released two years ago and replaces it on GitHub. The new module is a superset of the original client library.

We use plenty of open-source tools and libraries. We are happy to contribute back to the community the fruits of our labor: a fully functional, mature, scalable, and robust QUIC library.