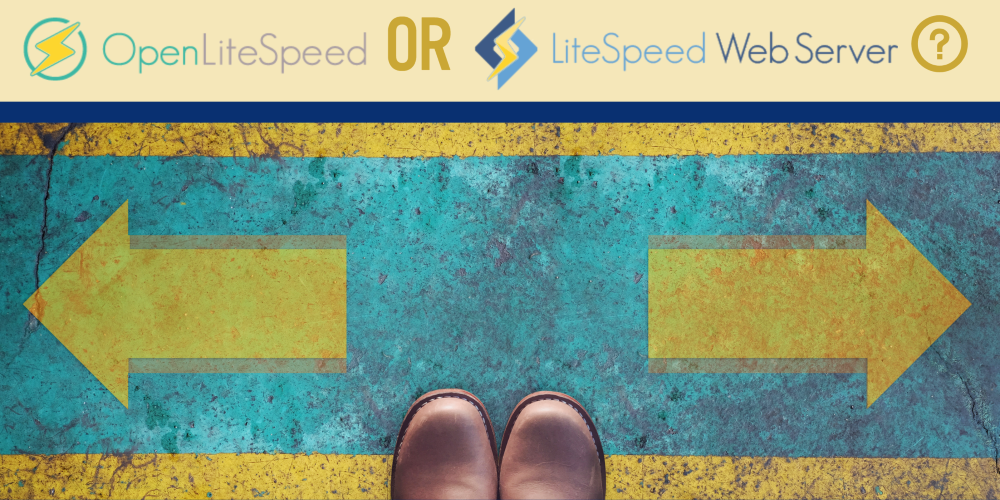 Are you an OpenLiteSpeed user wondering if you should take the next step and upgrade to LiteSpeed Enterprise Web Server? Or maybe you’re new to LiteSpeed entirely, and not sure which server product is right for you. Either way, we can help.

The open source OpenLiteSpeed (or OLS), and the Enterprise-level LiteSpeed Web Server (or LSWS) have many features in common: both are equipped with the powerful LSCache engine, cutting edge HTTP/3 support, unlimited IP-based and name-based virtual hosting, compression with GZIP and Brotli, and so much more.

To help in your decision-making, let’s look at some of the main differences between OLS and LSWS.

.htaccess files are configuration files used by Apache web server to define rules for the server’s behavior on a per directory basis. OLS and LSWS differ in the extent to which they each support .htaccess.

ModSecurity is an open-source web application firewall, which provides server protection by filtering web traffic through a series of rules. Both OLS and LSWS support ModSecurity rules, but there are differences.

ESI, which stands for Edge Side Includes, is a markup language that allows web developers to designate parts of a web page as fragments that the server will process separately from the rest of the page. With ESI, a web page can be broken into different fragments, processed separately, and then re-assembled before being delivered to the browser. It is especially useful in ecommerce applications where there may be a mix of public and private information on a single page. When combined with LSCache, ESI creates a powerful cache solution.

The private key handshake of SSL can put a strain on server resources. Asynchronous SSL handshake relieves that strain by moving handshake operations to separate worker threads instead of handling it in the main event-handling thread. This improves SSL performance and reduces congestion in I/O event handling.

During a WordPress Brute Force Attack, attackers repeatedly access the login page in an attempt to guess a valid user ID and password, and gain entry to the system. Besides the obvious security risks that brute force attacks pose, they also consume considerable server resources.

Licensing requirements are also different between the two servers.

OpenLiteSpeed and LiteSpeed Enterprise Web Server are both feature rich, and this comparison is just the beginning. We’ve only covered the big differences here. You can explore the full list of features of both servers side by side on our LiteSpeed Web Server Editions page if you’d like to continue your research.

Already know what you want? Choose your own adventure: get OpenLiteSpeed or get LiteSpeed Enterprise today!