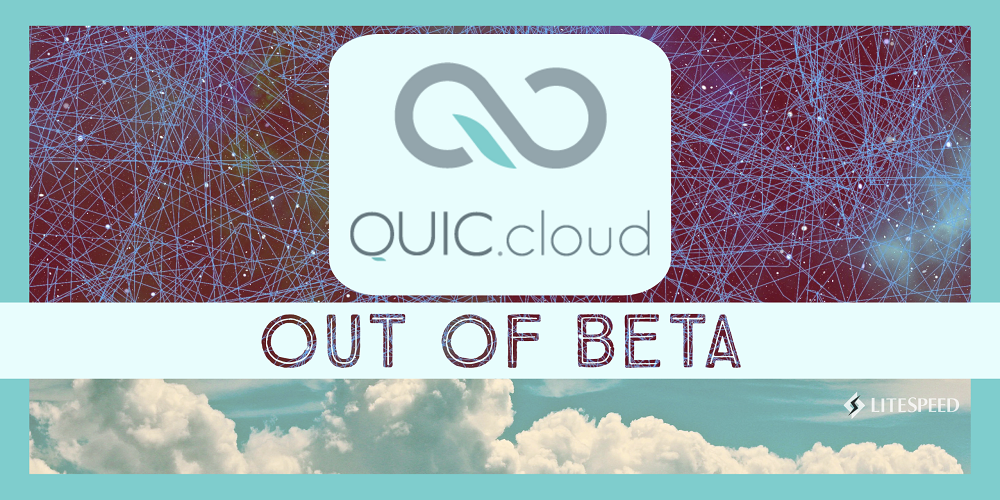 We are pleased to announce that QUIC.cloud CDN is production-ready!

If you tried QUIC.cloud previously, during our beta period, then we hope you will be pleasantly surprised by all of the exciting enhancements that we’ve implemented recently, including our own DNS service and a greatly expanded and improved network of global nodes.

Our new QUIC.cloud DNS is an authoritative GeoDNS solution that responds with optimal location-based results through our global AnyCAST network.

Our CDN network is bigger and better than ever:

QUIC.cloud protects your WordPress sites from botnet attacks at a global scale. When an attack is detected, the bot is blocked at the CDN level, thereby extending protection to all domains in the network.

Additionally, when enabled, QUIC.cloud will block all non-trusted visitors from accessing your WordPress site’s XML-RPC file.

QUIC.cloud is the first and only CDN capable of using QUIC & HTTP/3 to connect from client to server, when HTTP/3 is supported by the browser and the backend server. If HTTP/3 is not supported at either end, QUIC.cloud automatically connects via HTTP/2 or HTTP/1.1 as appropriate.

QUIC.cloud has been preparing for HTTP/3 v1 since the beginning. We are proud to officially support end-to-end HTTP/3 v1 connections upon the IETF’s publication of the RFC.

We’ve switched to a regional pricing model to better reflect the price of routing traffic around the world. Enable all eight regions, or require traffic to be routed only through the regions you choose. You are in control.

New introductory pricing for each region goes into effect on July 1st until the end of 2021.

In addition to the many changes we’ve implemented to improve useability, we’ve added a my.quic.cloud screen bursting with detailed statistics about your CDN traffic.

Let us Know What You Think

We hope we’ve convinced you to give production-ready QUIC.cloud a try! Introductory pricing is in effect until the end of this year.

And know that just because we are out of beta, it doesn’t mean we have finished innovating or improving our service. We welcome your feedback!

Is QUIC.cloud faster than your previous CDN providers? Are you encountering any issues with setup or performance? Please don’t switch away silently – we want to know the bad as well as the good, so we can address any issues.

Let’s keep improving QUIC.cloud for everyone!